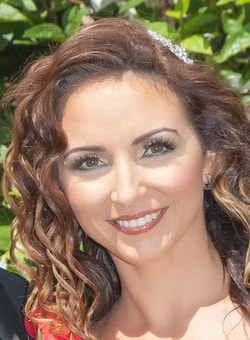 Nichole has had a passion for dance from a young age. She attended an art themed high school (Wellington High School) and private dance studio where she trained in ballet, tap, jazz, hip hop, modern, lyrical, acro, contemporary, african, salsa, samba, tango, ballroom, and middle eastern dance. Nichole went on to receive her BA in Dance Education from Florida International University. While in college, Nichole was a member of, “Project Move”, FIU’s dance company. In 2004 she was a Miami Dolphins Cheerleader (NFL) and she held the title of Miss Palm Beach County in the Miss America Pageant system. Nichole was named captain of the Florida Panthers Ice Dancers (NHL) in 2006 and was promoted to Director of the Ice Dancers in 2007. 2010 marked her 4th season as Director and choreographer of the Panthers Ice Dancers! Nichole was also the dance instructor at American Heritage School Boca/Delray from 2006 to 2011 where she taught over 350 students. She has choreographed AHS’s musical productions: “Footloose”, “Copa Cabana”, “Sussical”, “Beauty and The Beast”, “Wizard of OZ”,  “Putnam County Spelling Bee”, “Ain't Misbehavin”, "Dark of the Mood", and “The Sound of Music”. Mrs. Nichole was also the head coach and choreographer of the award winning American Heritage Competition Dance Team.
On October 1st 2011, Nichole started NRG-Dance Studios LLC in Winter Park, FL at the new Winter Park Community Center! The first season at NRG-Dance Studios was a great success!! In November 2012, Nichole was a guest choreographer for the Rollins College Dancers annual show, "Attitudes". The NRG Competition Dancers had their first season at Competition in 2012-2013, and they continue to win many awards during competitions! Nichole looks forward to many more wonderful recitals and competitions  with her NRG-Dancers in Winter Park!!
Ms. Nichole and her husband and moved back to her home town of Wellington in September of 2015. October 2015 was the opening of NRG  Dance Studios Acreage location at the Hamlin House Community Center. August 2016 marks the opening of NRG Dance Studios Wellington location at the beautiful new Wellington Community Center. Recital 2017 was held at Wellington High School's state of the art theatre!
​Summer 2017 kicked off a partnership with the Mall at Wellington Green. NRG Dance Studios offers classes in the new LIVE 360 room on Wednesdays! June 2018 NRG Dance Studios West Palm Beach held their 2nd annual recital, "Dance From the Heart" at Wellington High's Theatre. 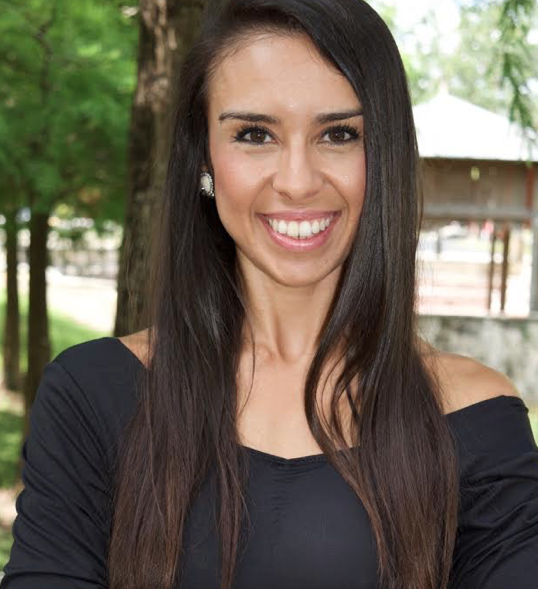 Kelly is a wife and mommy of four wonderful children. She graduated from Florida International University in 2010 where she received a BA in Dance with a concentration in Ballet and African Diaspora. Kelly, a former NHL Cheerleader for the Florida Panthers Ice Dancers, was selected to be a group captain during her second season in 2009. Kelly was also Ms. Nichole's assistant coach to the American Heritage Competition Dance Team in Boca Ratón, FL. She has been a guest instructor at NRG Dance Studios since it's inception in 2011 at the Winter Park, FL studio. Kelly has gone on to choreograph for the NRG Competition Dance Team and has coached the NRG Mini Dance Team for the 2015-2016 and 2016-2017 seasons. Kelly is also Cosmic Kids Yoga certified and is eager to share her love for Yoga with all the kids in the community. 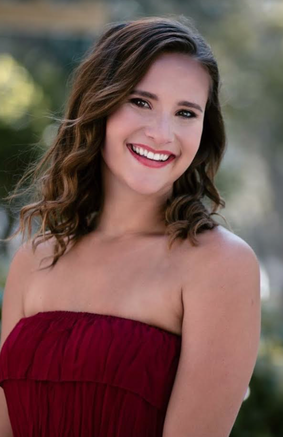 Born and raised in South Florida, Hope Powell began dancing at the age of two.  She studied and danced competitively in ballet, tap, jazz, lyrical, acrobatics and hip hop at Kelly’s Dance & Dance Obsession.  Hope has learned from some amazing choreographers throughout her dance career; Dustin Phillips, Darren Henson, Barry Youngblood, Katie Wiegman, and Christopher Dean, just to name a few. She was a competitive dancer since the age of 4 and continued competing up till she finished her freshmen year in college at FGCU, where her team placed 8th in the Nation. During her high school years at Seminole Ridge, she was a cheerleader and also worked at her dance studio assisting in classes and working the front desk. She soon began choreographing and teaching her own classes at Dance Obsession, KEM kids , and Downtown Dance. Hope even learned ASL Sign Language and incorporated that into a dance routine for the competitive girls at Dance Obsession. Hope’s dream is to own her own studio one day and continue teaching her passion for dance to children. Ms. Hope is extremely excited to join the NRG Dance Studios family!
​
​ 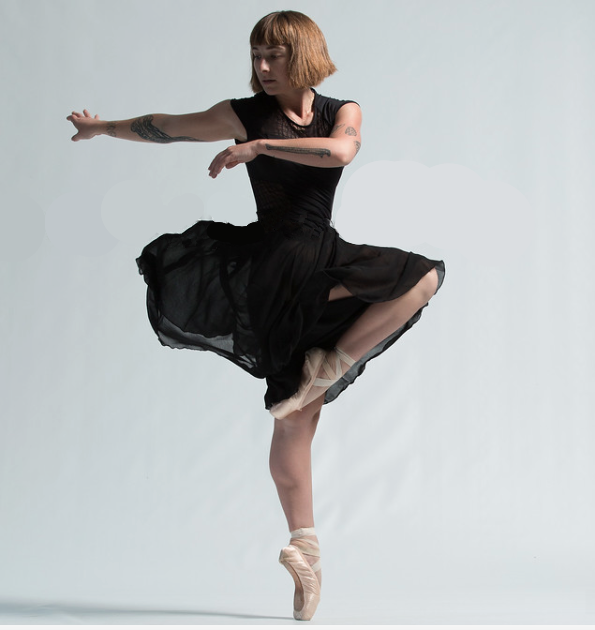 Jaclyn Weber grew up in Pompano Beach, FL and has been dancing for over 20 years and teaching for the past 10. She graduated with a BFA in Modern and Ballet dance performance and choreography from the University of South Florida. She has worked with dancers and choreographers from prestigious companies such as Netherlands Dance Theater and Batsheva Dance Company. She spent a year working with a Wolfbird dance in Portland, OR where she experimented and performed in pieces of  performance art and dance theater. She moved back to Florida in 2017 to pursue a career in teaching and is thrilled to work with studios around South Florida. She currently teaches dance full time while performing within her own community. As a teacher she strives to build confidence in her students, to create a space of safety and exploration, and to encourage passion and integrity in and out of the classroom. She will be instructing the summer 2019 summer NRG Dance classes and camps at the Wellington Community Center. 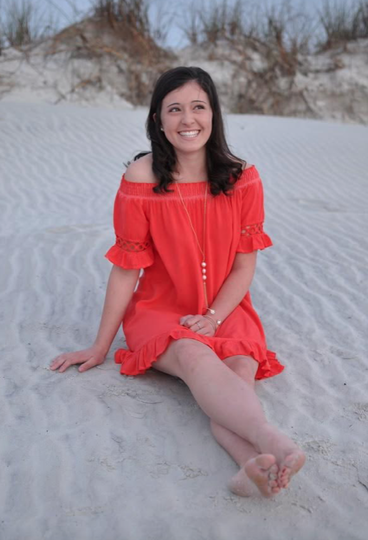 ​Brooke is a born and raised dancer. From a young age she was in classes of all styles. By 5 years old she was competing with a large studio in Orlando. When she was 12 she switched her focus from competitions to putting on performances for the community. After several years of performances, she then became a high school cheerleader and placed third in her state division. She now attends Palm Beach Atlantic University where she is in her third year and is pursuing a degree in ministry. Miss Brooke loves working with children of all ages!
​ 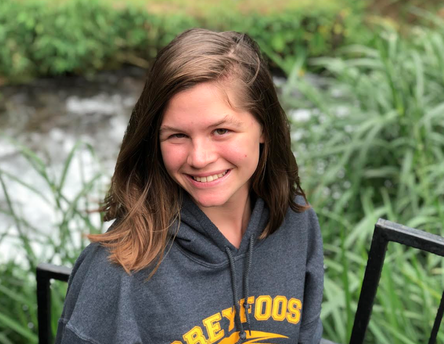 Dani Walters was born in Plainfield, Illinois and moved to South Florida in 2014. While in Illinois, she was apart of the YMCA Dance Ensemble in Plainfield, participating as a recreational and competitive dancer. She has been trained in ballet, tap, jazz, contemporary, lyrical, modern, hip hop, and en pointe. After moving to Florida, she continued her dance education at Dance Arts Conservatory and NRG Dance Studios with Mrs. Nichole Sampas. She has assisted backstage with recitals and the camps and classes run by NRG. Dani currently attends Dreyfoos School of the Arts and will be a senior during the 2019-2020 year. She looks forward to sharing dance with others and to begin teaching with NRG Dance at the Wellington Community Center in September 2019! 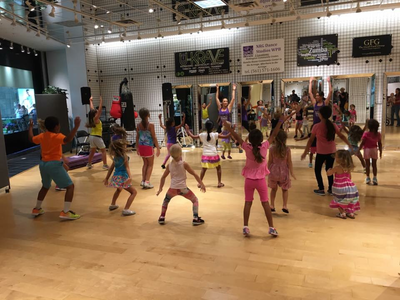 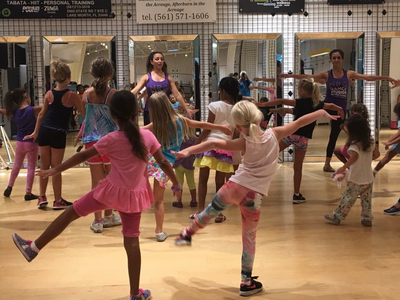 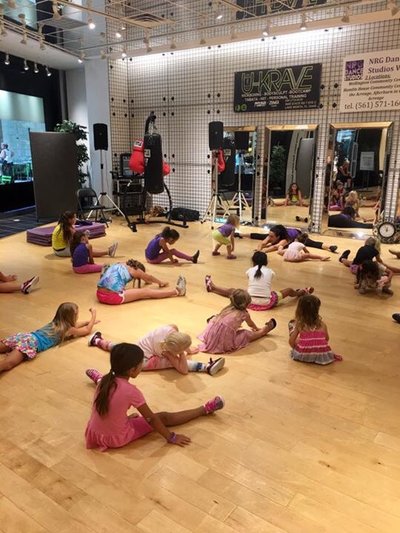 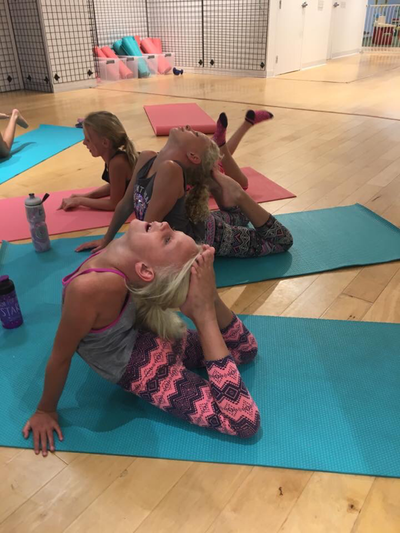 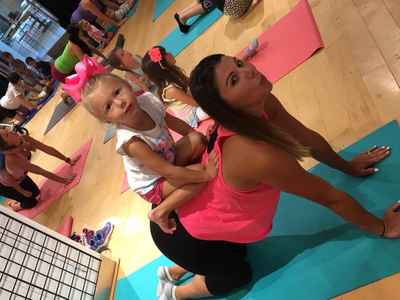 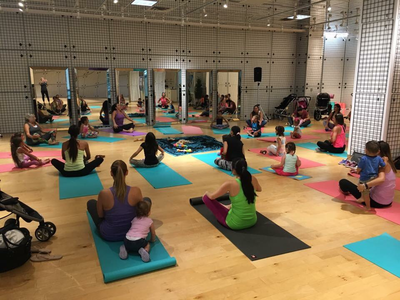 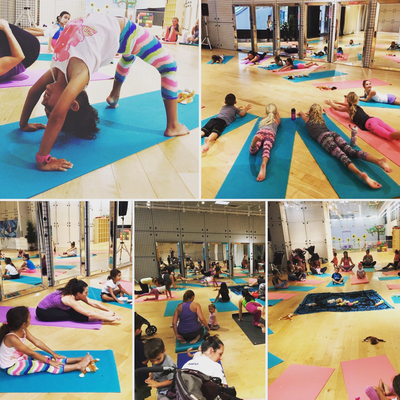 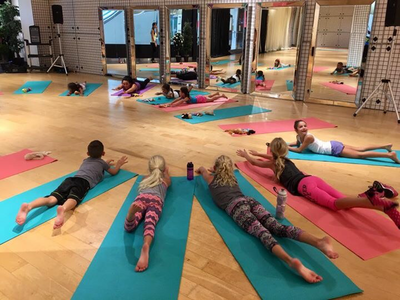 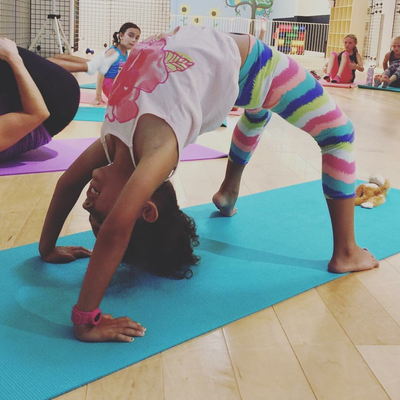 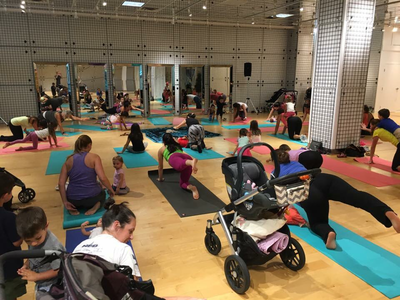 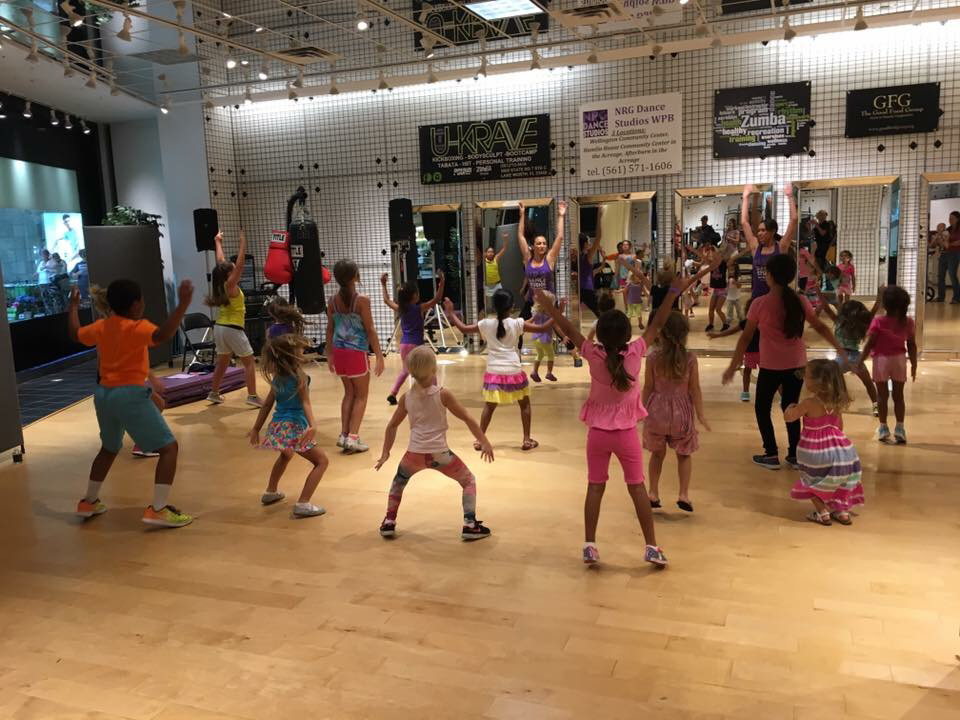 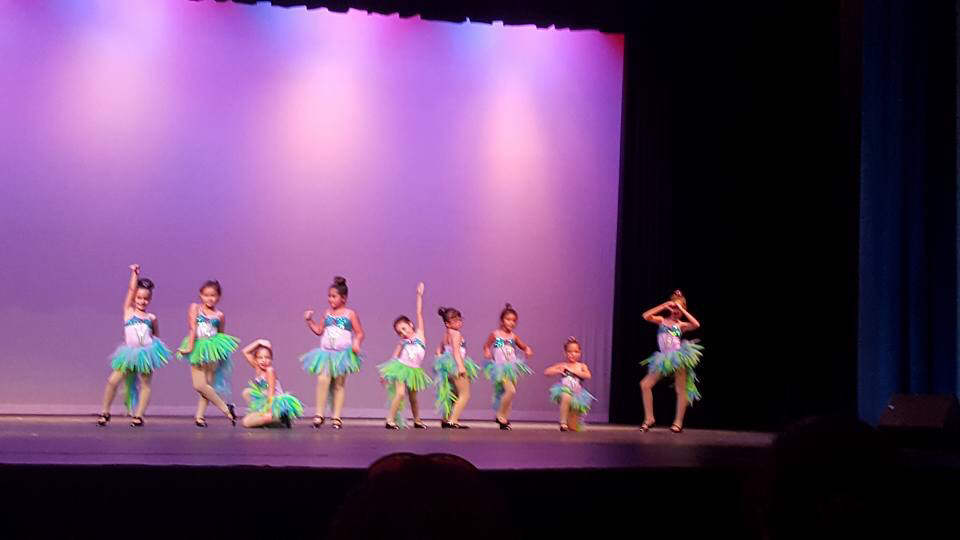 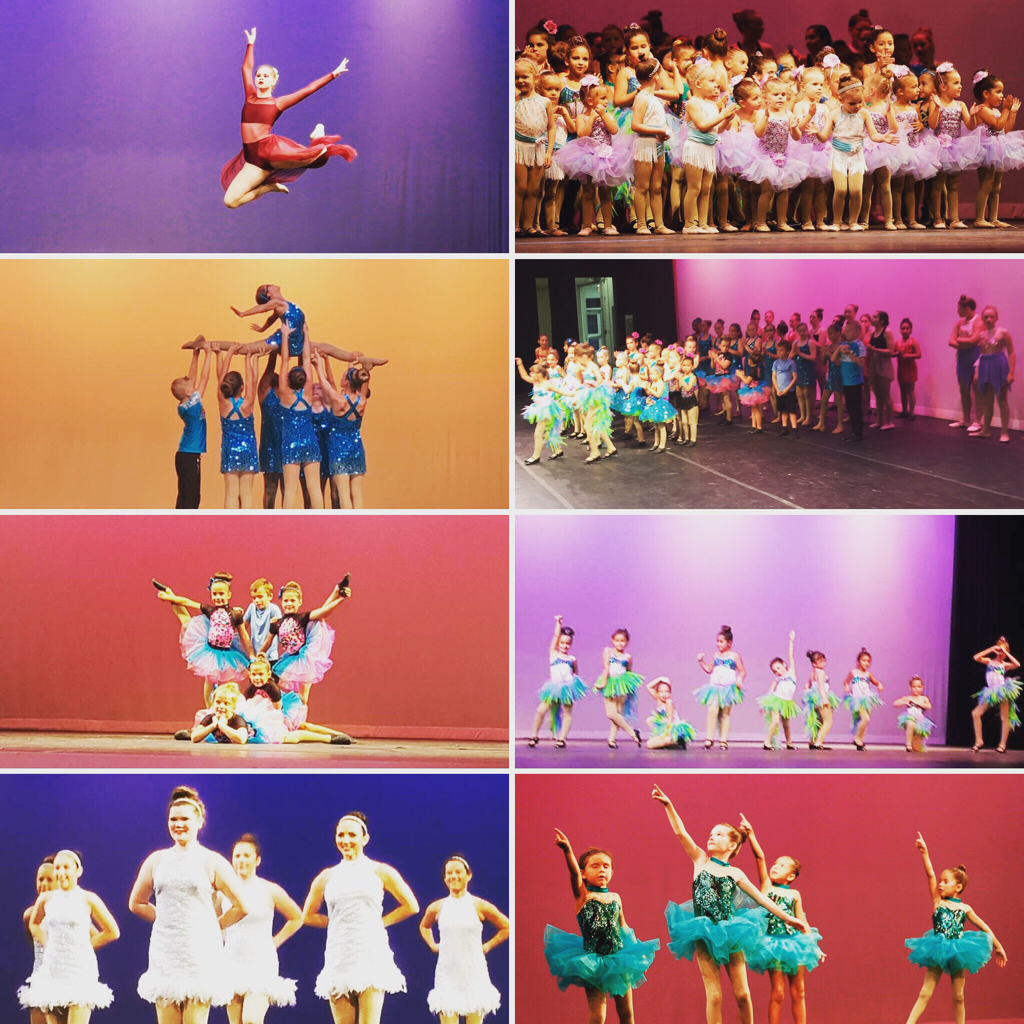